Primary Immunodeficiencies (PIDs) gather more than 400 rare monogenic diseases affecting the development, the function or the regulation of the immune response. Worldwide, PIDs affect 500.000 patients and, from those, 62% are younger than 19 years old while more than 25% present autoimmunity and inflammation. PIDs associated with autoimmunity/inflammation present variable expression, which means, a mutation in one gene can result in different phenotypes and one phenotype can be a consequence of different affected genes (Figure 1). 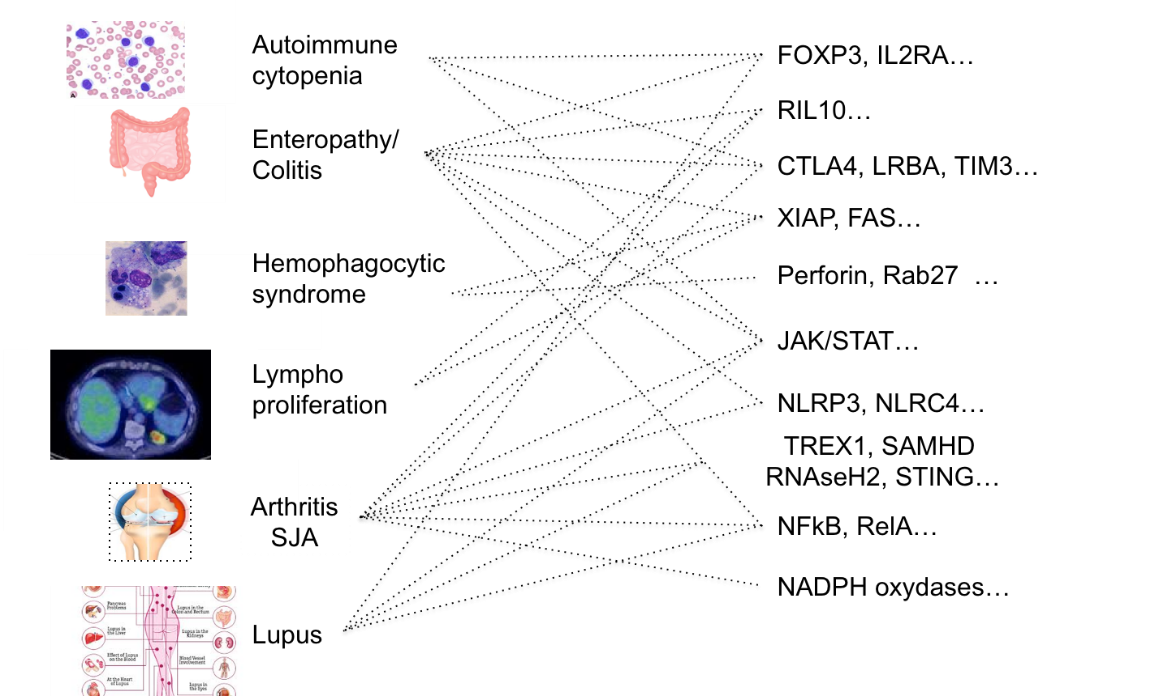 Which diseases will the program study?